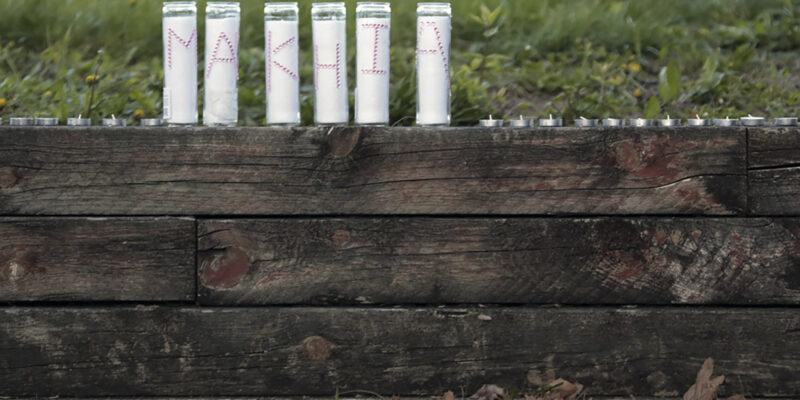 Candles spell out "Ma'Khia" during a community vigil for 16-year-old Ma'Khia Bryant on Wednesday, April 21, 2021, at Douglas Elementary School in Columbus, Ohio. Body camera video released Wednesday shows a Columbus officer fatally shoot Bryant, who swung at two other people with a knife. (Joshua A. Bickel/The Columbus Dispatch via AP)

At least six people were fatally shot by officers across the United States in the 24 hours after jurors reached a verdict in the murder case against former Minneapolis police officer Derek Chauvin. The deaths in some cases sparked new cries for justice. Some people say the shootings reflect an urgent need for radical changes to American policing, and a need that the Chauvin verdict can’t paper over. For other people, the shootings are a tragic reminder of the difficult and dangerous decisions law enforcement face daily. There’s hope that the Chauvin verdict might be a crucial juncture in the national conversation about race, policing and the use of force.