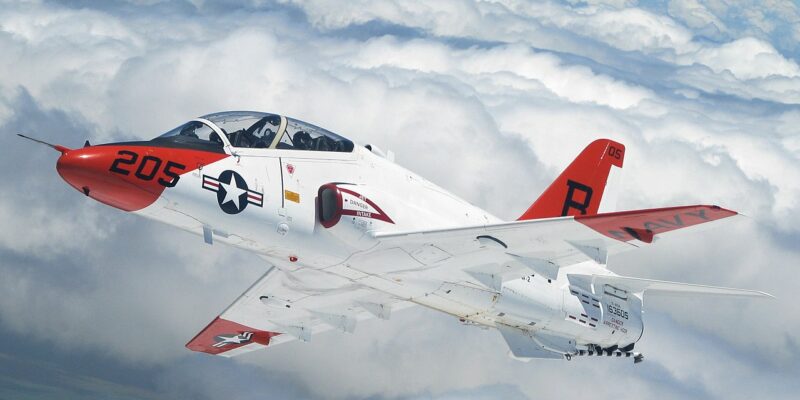 File Photo: Wikipedia A T-45A Goshawk executes a turning rejoin during a recent formation flight over South Texas. The T-45 is a twin-seat, single-engine jet trainer and is the only aircraft in the Navy's inventory used specifically for training pilots to land aboard aircraft carriers.

(AP) — Officials say two Navy training jets collided over South Texas, forcing the two crew members on one plane to bail out and leaving one of them with minor injuries.

The Chief of Naval Air Training tweeted that the two British-built T-45C Goshawk jets collided at around 11 a.m. over Ricardo, about 50 miles southwest of Corpus Christi. One jet with a student and instructor aboard managed to land safely at nearby Naval Air Station Kingsville.

The other jet crashed nearby after its student pilot and instructor ejected safely. One of them was treated for minor injuries at a Corpus Christi hospital. The cause of the collision hasn’t been determined.