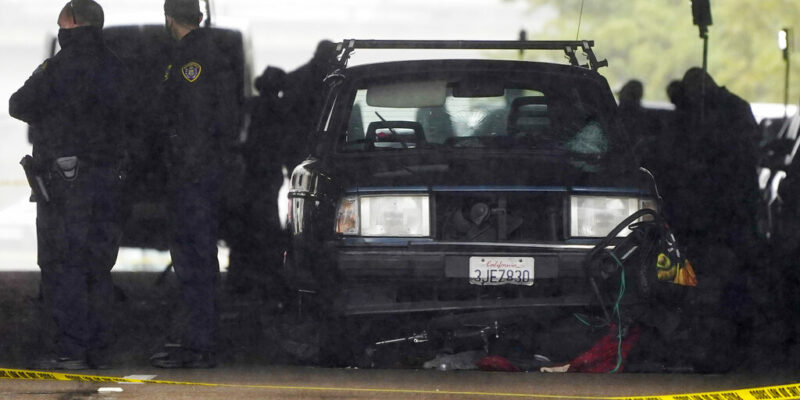 A car involved in a deadly accident sits at the scene Monday, March 15, 2021, in San Diego. A driver plowed through a crowd on a sidewalk in downtown San Diego on Monday morning, killing three people and injuring six others, including two who are hospitalized in critical condition, police said. (AP Photo/Gregory Bull)

San Diego Police Chief David Nisleit says 71-year-old Craig Voss was arrested and faces three counts of vehicular manslaughter, five counts of causing great bodily harm and a felony DUI. It wasn’t immediately known if Voss had a lawyer who could speak on his behalf.

Mayor Todd Gloria said most, if not all of the nine people who were struck were homeless. Three people died at the scene. Five of the six others who were injured were taken to hospitals. Two were in critical condition, but authorities say both were “awake, alert and answering questions.”

Schools Weighing Whether To Seat Students Closer Together