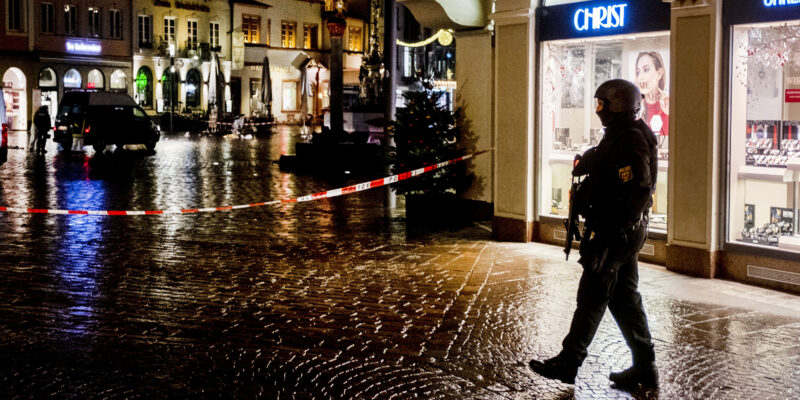 Police officers guard the scene of an incident in Trier, Germany, Tuesday, Dec. 1, 2020. German police say people have been killed and several others injured in the southwestern German city of Trier when a car drove into a pedestrian zone. Trier police tweeted that the driver had been arrested and the vehicle impounded.(AP Photo/Michael Probst)

(AP) – German officials say a man zig-zagged an SUV at high speed through a pedestrian zone in the southwestern German city of Trier, killing four people, including a 9-month-old child, and seriously injuring 15.

The driver, identified as a 51-year-old German man born in Trier, was arrested at the scene and the vehicle was impounded, Trier police said. Footage from the scene Tuesday showed people outside a shop apparently helping someone on the ground lying among scattered debris. Trier is about 120 miles west of Frankfurt, near the border with Luxembourg.

Canada: US Border Measures To Last Until Virus Under Control