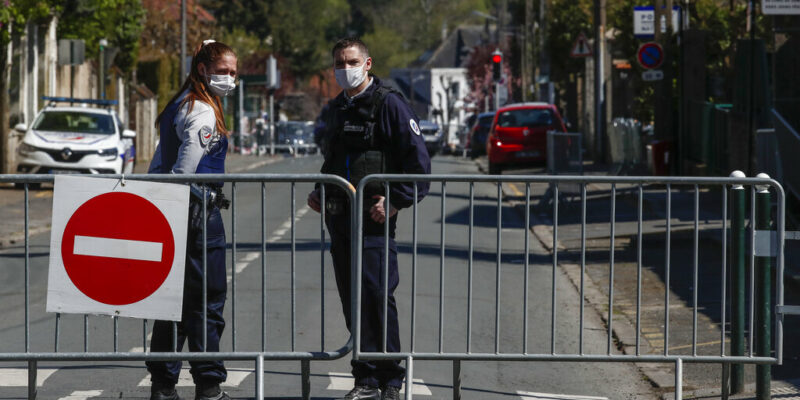 French police officers block the access next to the police station where a police official was stabbed to death Friday in Rambouillet, south west of Paris, Saturday, April 24, 2021. Anti-terrorism Investigators were questioning three people Saturday detained after the deadly knife attack a day earlier on a police official at the entry to her station in the quiet town of Rambouillet, seeking a motive, purported ties to a terrorist group and whether the attacker, killed by police, acted alone. (AP Photo/Michel Euler)

(AP) — French authorities are questioning a fifth person in an anti-terrorism investigation seeking to identify potential accomplices and motives after a police official was fatally stabbed at a police station outside Paris.

French police killed the 37-year-old Tunisian attacker shortly after the Friday slaying of an unarmed administrative employee at the entrance of her police station in the town of Rambouillet.

Police have detained a cousin of the attacker and are also questioning the attacker’s father, another cousin and a couple who provided him with an address for mail. This week, France’s interior minister plans to present a new counterterrorism and intelligence bill.