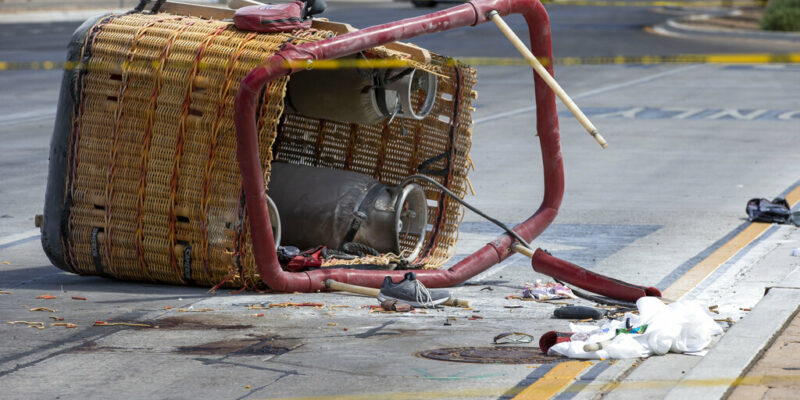 The basket of a hot air balloon which crashed lies on the pavement in Albuquerque, N.M., Saturday, June 26, 2021. Police said the five occupants died after it crashed on the busy street. (AP Photo/Andres Leighton)

(AP) — Authorities have released the names of a pilot and two couples who died after a hot air balloon they were riding in struck a power line and crashed onto a busy street in Albuquerque.

New Mexico State Police on Sunday identified the pilot as 62-year-old Nicholas Meleski and the four passengers as 65-year-old Susan Montoya, 61-year-old John Montoya, 59-year-old Mary Martinez and 62-year-old Martin Martinez. All were Albuquerque residents. State Police say John Montoya died at a hospital from his injuries while the other victims were declared dead at the crash scene Saturday morning.

The National Transportation Safety Board and Federal Aviation Administration will be investigating the cause of the crash.

Families Of The Missing Visit Site Of Florida Condo Collapse