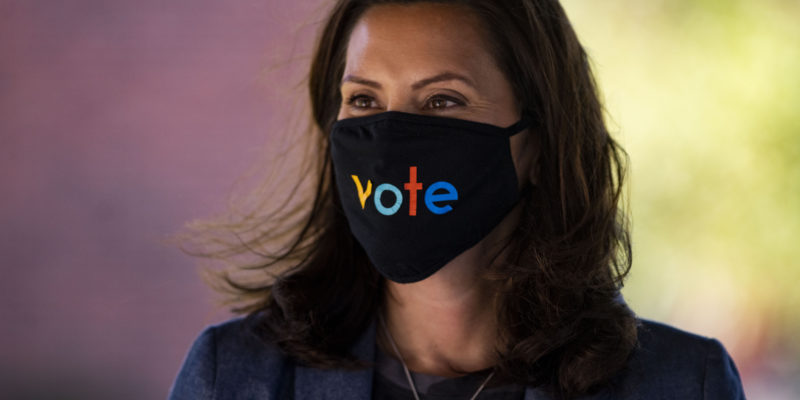 Michigan Gov. Gretchen Whitmer wears a mask with the word "vote" displayed on the front during a roundtable discussion on healthcare, Wednesday Oct. 7, 2020, in Kalamazoo, Mich. (Nicole Hester/Ann Arbor News via AP)

The FBI said in the court filing that four of the six men had planned to meet Wednesday to “make a payment on explosives and exchange tactical gear.” The FBI quoted one of the accused as saying Whitmer “has no checks and balances at all.” Authorities scheduled a Thursday afternoon news conference to talk about the case.

The government used informants and undercover agents to thwart the alleged plot. The criminal complaint said the plan involved Whitmer and her second home in northern Michigan.