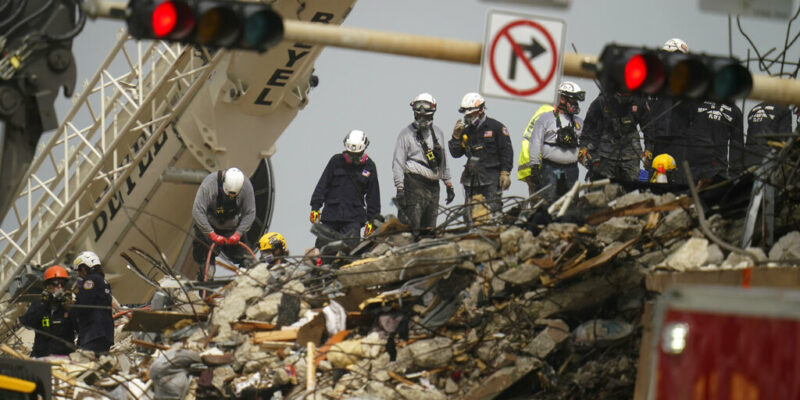 Search and rescue personnel work atop the rubble at the Champlain Towers South condo building, where scores of people remain missing almost a week after it partially collapsed, Wednesday, June 30, 2021, in Surfside, Fla. (AP Photo/Gerald Herbert)

(AP) — Search crews going through the ruins of a Florida condo tower have pulled six more bodies from the rubble, bringing the number of confirmed dead to 18. It was the highest one-day toll since the building collapsed almost a week ago into a heap of broken concrete.

The number of residents unaccounted stands at 147. Miami-Dade Mayor Daniella Levine Cava made the announcement at an evening news conference. She said two of the dead were children.

Earlier in the day, crews searching for survivors built a ramp that should allow the use of heavier equipment. The state fire marshal says that could accelerate the removal of concrete.