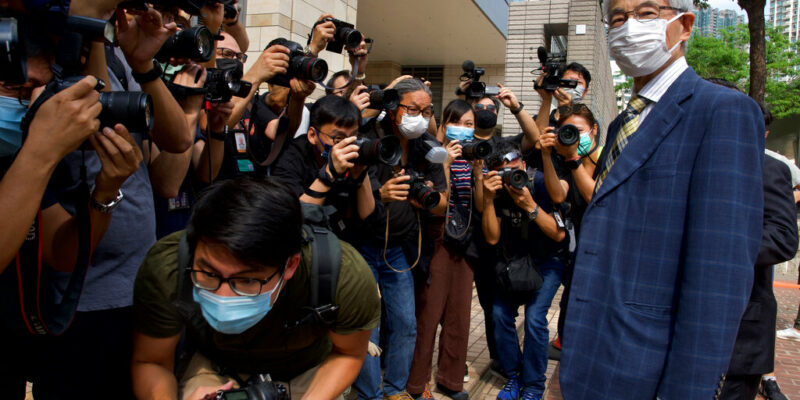 (AP) — Seven Hong Kong pro-democracy advocates have been convicted on charges of organizing and participating in massive anti-government protests in 2019 that triggered a crackdown on dissent.

The seven include media tycoon and founder of the Apple Daily tabloid Jimmy Lai, as well as 82-year-old Martin Lee, a veteran of the city’s democracy movement. They were convicted Thursday for their involvement in a march on Aug. 18, 2019, when organizers said 1.7 million people rallied in opposition to a proposed bill that would have allowed suspects to be extradited to mainland China.

The verdict was the latest blow to the flagging democracy movement as the governments in Hong Kong and Beijing tighten the screws in their efforts to exert greater control over the semi-autonomous Chinese territory.