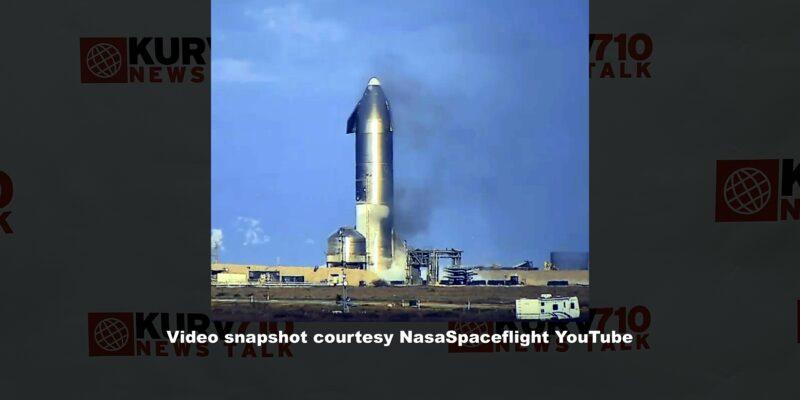 It was another successful South Texas launch of the latest Space-X Starship prototype – but another landing problem resulted in the rocket’s destruction.

The SN10 lifted off from its pad on Boca Chica Beach at about 5:15 Wednesday afternoon and shot up to about 10 kilometers. The rocket hovered, flipped to a horizontal position as planned, and began its descent. It was then flipped vertical and unlike the previous two prototypes, made a soft upright landing. But a fire broke out, and about 8 minutes later, an apparent methane explosion blew the rocket apart.

This was the third suborbital test flight of a Starship prototype, lasting about 6-1/2 minutes and coming almost three weeks after the flight of the SN9. No word on when the SN11 will be rolled out.