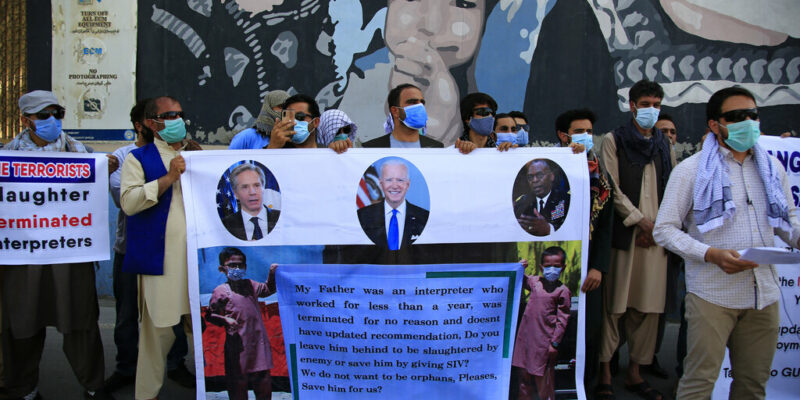 Former Afghan interpreters hold placards during a demonstrations against the US government, in front of the US Embassy in Kabul, Afghanistan, Friday, June 25, 2021. (AP Photo/Mariam Zuhaib)

(AP) — A small group of Afghans who worked as interpreters for the U.S. military have rallied near the American Embassy in Kabul, protesting the red tape that stands in the way of their leaving Afghanistan. There has been a push to get Afghan interpreters and others who helped the U.S. out of the country as American and NATO troops complete their pullout.

The protesters on Friday say they’re victims of a bureaucratic nightmare as they try to escape abroad. Many — even those who have not been directly threatened — say they fear for their lives, despite assurances from the Taliban they won’t be targeted.