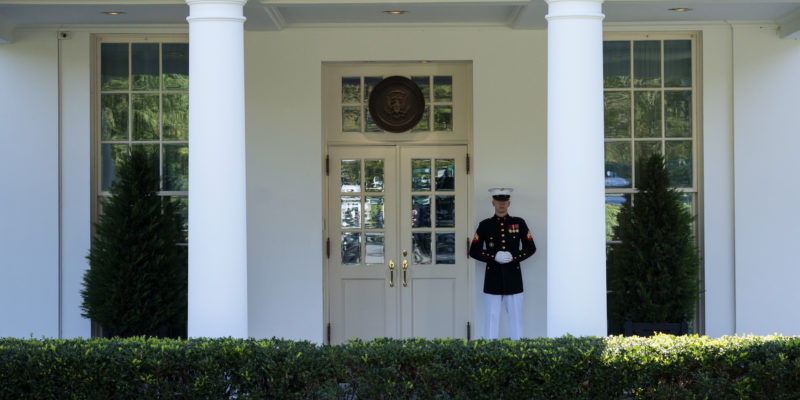 A Marine is posted outside the West Wing of the White House, signifying the President is in the Oval Office, Wednesday, Oct. 7, 2020, in Washington. (AP Photo/Evan Vucci)

(AP) — With time running out before the election, President Donald Trump is looking to get his campaign back on track. That’s just a week after he was sidelined with the coronavirus, which has killed more than 210,000 Americans. As questions linger about his health, he will hold an event at the White House on Saturday and what he calls a “BIG RALLY” in Sanford, Florida, on Monday. Trump on Friday held what his campaign billed as a “radio rally” as he dialed in to the show of conservative radio host Rush Limbaugh. Public and private surveys show him trailing Democrat Joe Biden, but Trump claims he will win.

With Americans Anxious To Go Out, Walking Tours Pick Up Pace