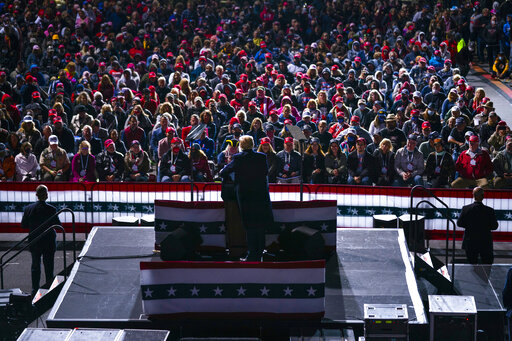 (AP) – NBC News says it’ll host President Donald Trump for a town hall-styled event on Thursday, after the president submitted to a coronavirus test administered by the National Institutes of Health. The results were reviewed by Dr. Anthony Fauci, who concluded with a colleague that he was confident that the president was no longer “shedding infectious virus.”

So now there will be dueling town halls with Democratic opponent Joe Biden on the night both men were supposed to be meeting in their second presidential debate. Biden will be appearing in a town hall sponsored by ABC News at the same time as Trump on Thursday.