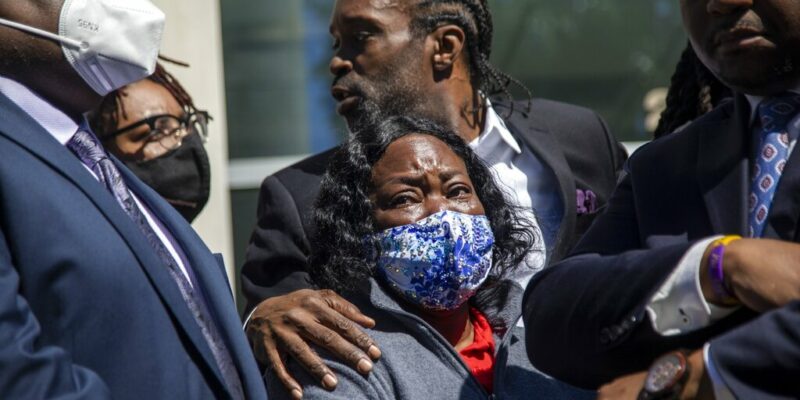 Attorneys for a Black man killed by North Carolina police are releasing the results of an independent autopsy, drawing cries of “arrest them” from the crowd. They spoke to reporters in front of the Elizabeth City Police Department and said Andrew Brown Junior died from a “kill shot to the back of his head.”

Attorney Wayne Kendall says Brown’s death was a “straight up execution.” Kendall said Brown had his hands on his steering wheel and was shot five times, and the fatal shot came when Brown tried to flee.