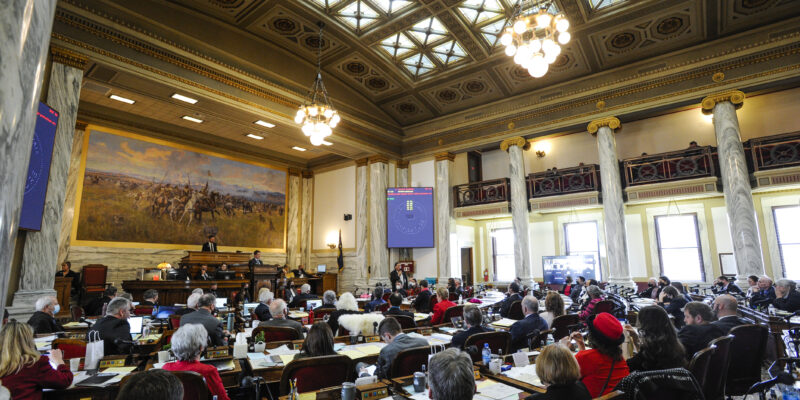 FILE - The Montana House of Representatives holds a floor session in the State Capitol in Helena, Mont. on Monday, Jan. 25, 2021. Emboldened by a conservative Supreme Court, Republican state lawmakers are rushing to enact abortion limits, including outright bans intended to test the landmark Roe v Wade decision. More abortion restrictions already have been enacted into law than in any year but one over the last decade, and dozens of additional bills are working their way through GOP-controlled legislatures. (Thom Bridge/Independent Record via AP)/Independent Record via AP)

At an intense pace, lawmakers in Republican-governed states are considering an array of tough anti-abortion restrictions they hope might reach the Supreme Court and win approval from its conservative majority. The goal is to overturn the 1973 Roe v. Wade decision that established a nationwide right to abortion. Already this year, a sweeping ban has been enacted in South Carolina, although it was swiftly blocked. It joins a batch of other near-total bans also blocked in the courts after their passage in 2019. It’s not clear if or when the Supreme Court might consider any of them.