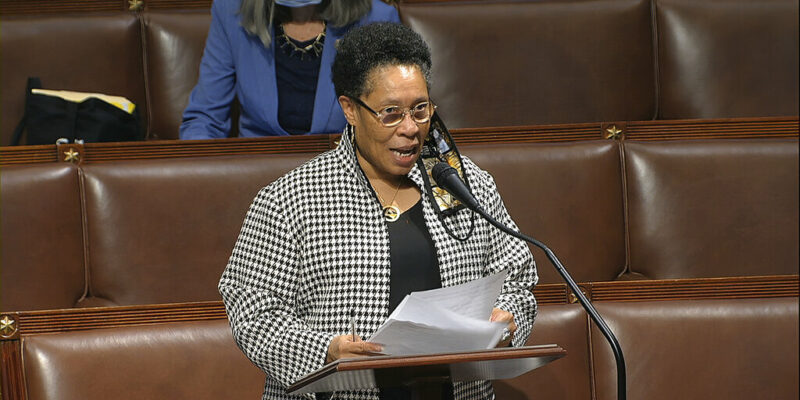 In this image from video, Rep. Marcia Fudge, D-Ohio, speaks on the floor of the House of Representatives at the U.S. Capitol in Washington, Thursday, April 23, 2020. Two Democratic women are contenders to be President-elect Joe Biden's secretary of agriculture. Rep. Marcia Fudge of Ohio and former Sen. Heidi Heitkamp of North Dakota are in the running for the Cabinet position. (House Television via AP)

(AP) — President-elect Joe Biden has selected Ohio Rep. Marcia Fudge as his housing and urban development secretary and former Agriculture Secretary Tom Vilsack to reprise that role in his administration. That’s according to four people familiar with one or both of the decisions who spoke to The Associated Press on Tuesday on condition of anonymity to avoid preempting the president-elect’s announcement. Fudge, a former chair of the Congressional Black Caucus, was just elected to a seventh term representing a majority Black district that includes parts of Cleveland and Akron. Vilsack spent eight years as head of the U.S. Department of Agriculture during the Obama administration and served two terms as Iowa governor.