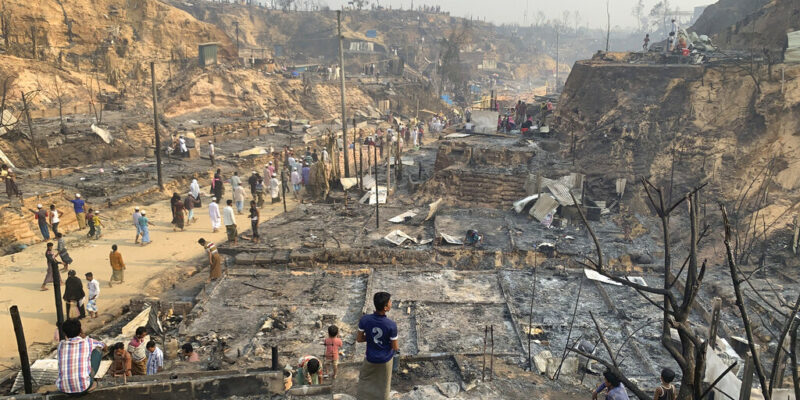 (AP) — Rescuers have recovered at least 15 charred bodies from a Rohingya refugee camp in southern Bangladesh after a devastating fire.

The United Nations’ refugee agency said Tuesday at least 400 people were still missing and around 560 were injured by the fire. It says around 45,000 people were displaced by the fire, which broke out Monday afternoon and burned well into the night.

In the aftermath, refugees picked through the burned debris looking for their belongings. Others wept. Bangladesh has sheltered more than a million Rohingya Muslims in crowded refugee camps. The vast majority fled neighboring Myanmar in 2017 amid a major crackdown by that country’s military.