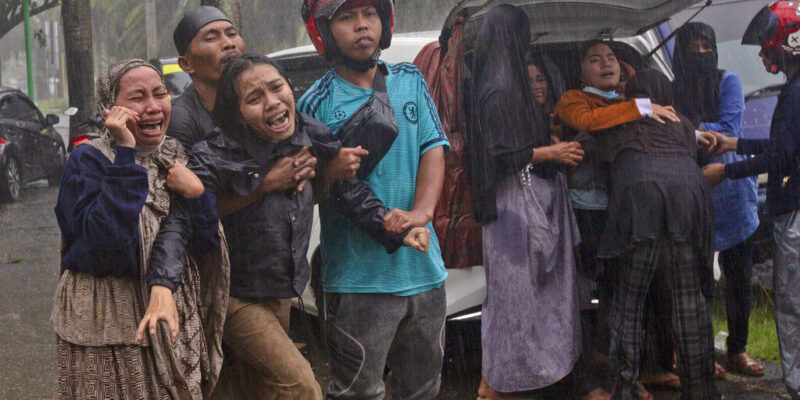 People react as the body of a relative is retrieved from the ruin of a building at an area affected by an earthquake in Mamuju, West Sulawesi, Indonesia, Friday, Jan. 15, 2021. A strong, shallow earthquake shook Indonesia's Sulawesi island just after midnight Friday, toppling homes and buildings, triggering landslides and killing a number of people. (AP Photo/Yusuf Wahil)

(AP) — A strong, shallow earthquake has shaken Indonesia’s Sulawesi island, toppling homes and buildings, triggering landslides and killing at least 34 people. More than 600 people were injured during the magnitude 6.2 quake that struck just after midnight Friday and sent people fleeing their homes in the darkness. Authorities were still collecting information about the full scale of casualties and damage in the affected areas. There were reports of many people trapped in the rubble of collapsed homes and buildings. Thousands of displaced people were evacuated to temporary shelters.