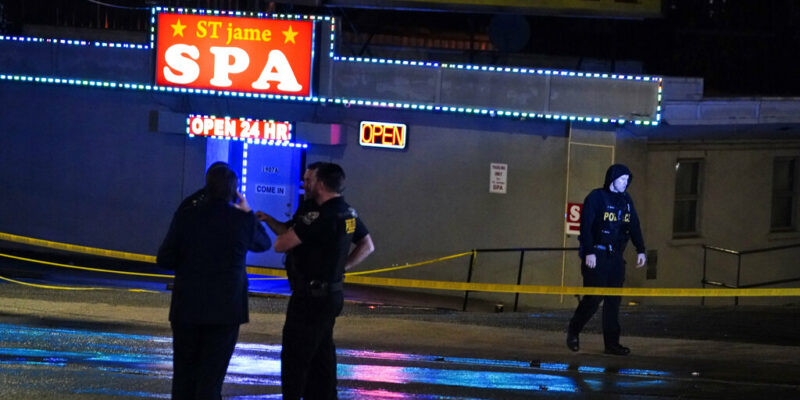 Law enforcement officials confer outside a massage parlor following a shooting on Tuesday, March 16, 2021, in Atlanta. Shootings at two massage parlors in Atlanta and one in the suburbs have left seven people dead, many of them women of Asian descent, authorities said Tuesday. (AP Photo/Brynn Anderson)

(AP) — A series of shootings at three Atlanta area massage parlors left eight people dead and raised fears that the attack was yet another hate crime against Asian Americans. Police arrested a 21-year-old Georgia man and said the motive for the Tuesday night shootings wasn’t immediately known, though many of the victims were women of Asian descent. Four of the dead were shot at Youngs Asian Massage Parlor in a Cherokee County strip mall. Four more were shot at massage parlors near Atlanta’s Buckhead neighborhood. Authorities haven’t specified charges.

Biden Urges Immigrants Not To Come To U.S.