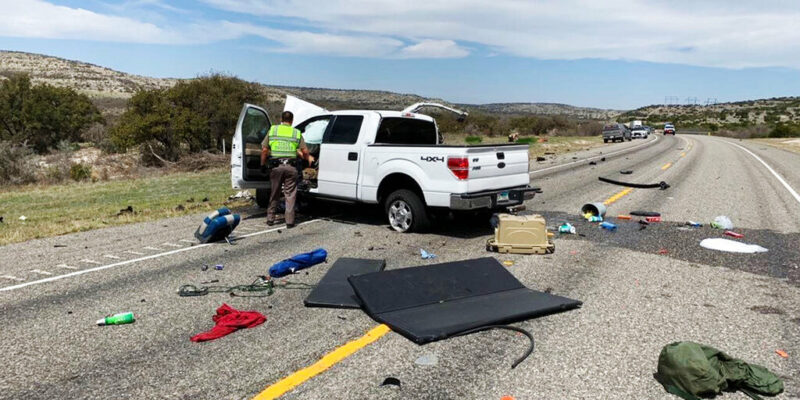 Debris is strewn across a road near the border city of Del Rio, Texas after a collision Monday, March 15, 2021. Eight people in a pickup truck loaded with immigrants were killed when the vehicle collided with an SUV following a police chase, authorities said. (Texas Department of Public Safety via AP)

An Austin man is in custody for a crash earlier this week that killed eight illegal immigrants. Sebastian Tovar is accused of driving a pickup truck with the immigrants inside that slammed into another vehicle near Del Rio.

Federal officials said Tovar was being chased by authorities and speeding when the wreck happened. He could face up to life in prison if convicted.