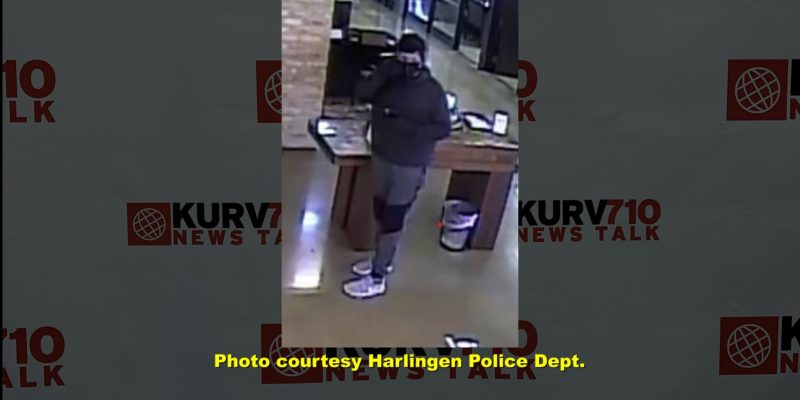 A man suspected of robbing a Lone Star National Bank branch in Harlingen Tuesday is in custody. Harlingen police with the help of the FBI arrested the suspect in Brownsville Wednesday.

Authorities aren’t saying what led them to the suspect or where he was arrested, only that he was taken into custody without incident. It’s also not known if any of the stolen money was recovered.

The suspect had walked into the bank near the hospital district a little after 9 a.m. Tuesday, approached a teller and demanded money. Bank security video shows the suspect showed the teller what appeared to be a handgun in his waistband. No one was hurt during the incident.