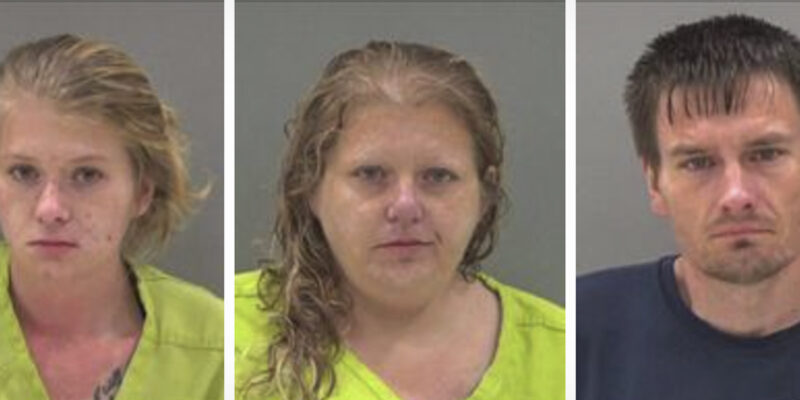 In this combination photo provided by the San Angelo, Texas police department, from left, Destiney Harbour, Christin Bradley and Dustin Smock are pictured in booking photos dated Nov. 7, 2020. Harbour, Bradley and Smock have been charged with First Degree Felony Injury to a Child - Serious Bodily Injury in connection with a baby found with injection marks and testing positive for heroin. (San Angelo Texas Police Department via AP).

(AP) – Police say a 2-month-old girl who tested positive for heroin after being found unresponsive with injection marks at a West Texas home over the weekend has died.

Hospital staff found injection marks on her extremities and head, and her urine tested positive for heroin. Later that day she was taken to Cook Children’s, where she was on life support until she was pronounced dead.