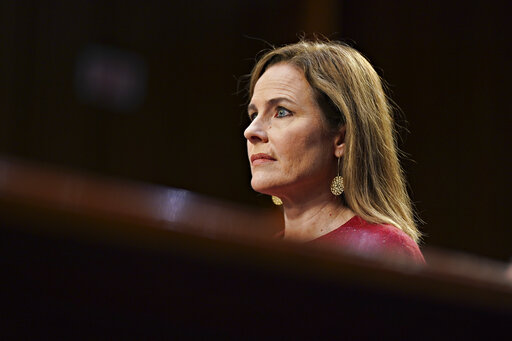 (AP) – Supreme Court nominee Amy Coney Barrett is declining to say whether she thinks Roe v. Wade, the 1973 decision that established the right to abortion, should be struck down.

Barrett sidestepped questions about that landmark case from the Senate Judiciary Committee’s top Democrat, California Sen. Dianne Feinstein, as the panel began its second day of hearings on Barrett’s nomination.

Barrett says she won’t answer questions about whether she would rule that Roe v. Wade should be overturned because she would not join the court with “some agenda” on the subject. She says her only agenda is to “stick to the rule of law and decide cases as they come.”