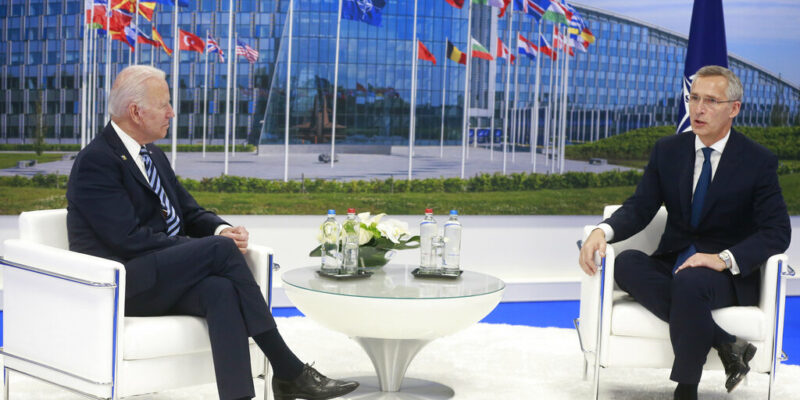 NATO Secretary General Jens Stoltenberg speaks with U.S. President Joe Biden during a bilateral meeting on the sidelines of a NATO summit at NATO headquarters in Brussels, Monday, June 14, 2021. U.S. President Joe Biden is taking part in his first NATO summit, where the 30-nation alliance hopes to reaffirm its unity and discuss increasingly tense relations with China and Russia, as the organization pulls its troops out after 18 years in Afghanistan. (Stephanie Lecocq, Pool via AP)

(AP) — President Joe Biden made his entrance at a NATO summit in Brussels aiming to consult European allies on efforts to counter provocative actions by China and Russia. He highlighted the U.S. commitment to the 30-country alliance that was frequently maligned by predecessor Donald Trump. Biden will use his time at the summit beginning Monday to underscore the U.S. commitment to a provision of the alliance charter that spells out that an attack on one member is an attack on all and is to be met with a collective response. Biden said, “I want NATO to know America is there.”