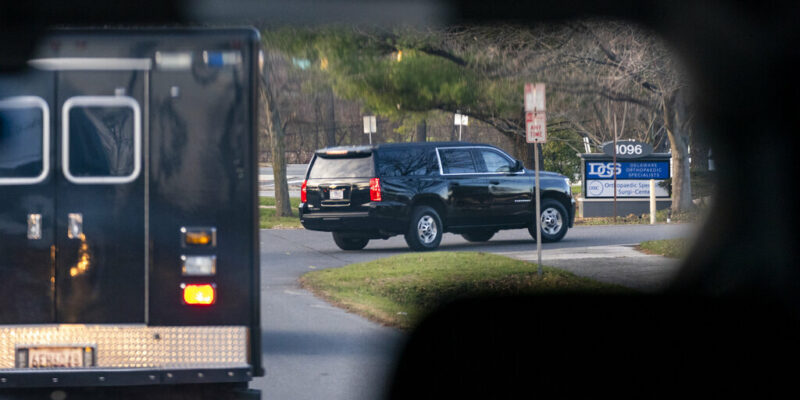 A motorcade with President-elect Joe Biden aboard arrives at Delaware Orthopaedic Specialists to see a doctor, Sunday, Nov. 29, 2020, in Newark, Del. Biden slipped while playing with his dog Major, and twisted his ankle. (AP Photo/Carolyn Kaster)

(AP) — President-elect Joe Biden will likely wear a walking boot for several weeks after breaking his right foot. Biden’s office says the president-elect suffered the injury Saturday while playing with one of his dogs, then visited an orthopedist Sunday afternoon in Newark, Delaware. His doctor, Kevin O’Connor, says a scan found tiny fractures of two small bones in the middle of Biden’s right foot. Fractures are a concern generally as people age, but Biden’s appears to be a relatively mild one based on his doctor’s statement and the planned treatment. At 78 he will become the oldest president when he’s inaugurated in January.

Biden Looks To Fill Out Economic Team With Diverse Picks

Restoration Of Key Section Of The Laguna Atascosa Gets Crucial Funding