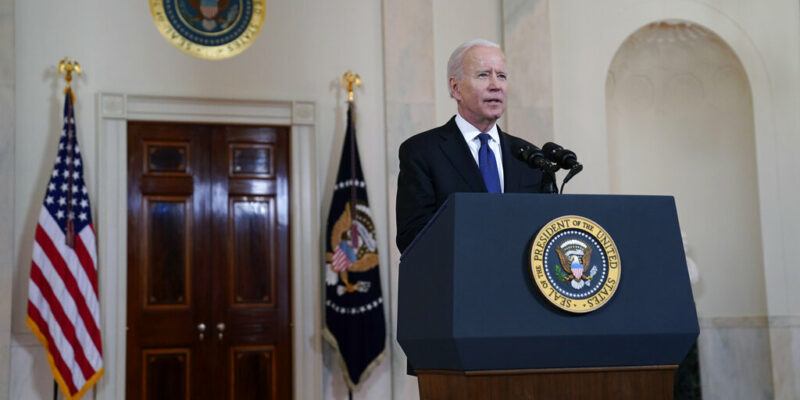 President Joe Biden speaks about a cease-fire between Israel and Hamas, in the Cross Hall of the White House, Thursday, May 20, 2021, in Washington. (AP Photo/Evan Vucci)

President Biden is celebrating the ceasefire between Israel and the militant group Hamas.

The “mutual and unconditional” ceasefire is set to begin in the next hour. Biden said he spoke with Israeli Prime Minister Benjamin Netanyahu and commended him for bringing the conflict to a close after eleven days. He reiterated to Netanyahu that Israel has the right to defend itself against rocket attacks by Hamas.

Over 200 people in the Gaza Strip have died as Israel launched airstrikes in response to the rocket attacks. Biden says he prays for everyone impacted by the conflict.