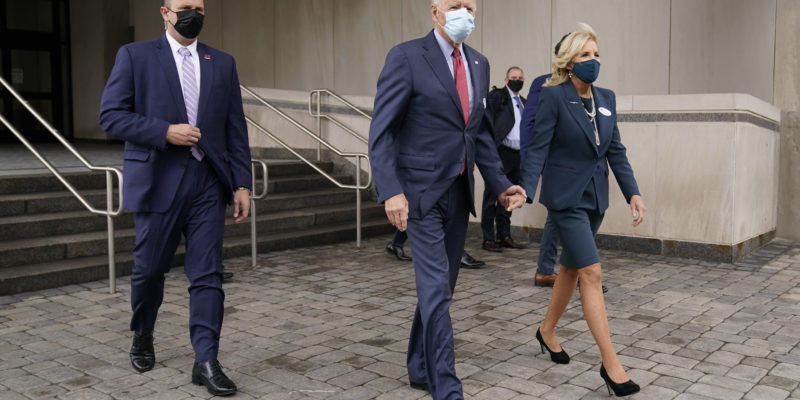 (AP) – Joe Biden says Omaha supporters of President Donald Trump who were left in the cold after a Trump rally is “an image that captured President Trump’s whole approach” to the health crisis caused by the coronavirus pandemic.

In a speech Wednesday, Biden referred to reports that thousands who attended Trump’s campaign rally at a Nebraska airport Tuesday night had to wait around in frigid weather for hours afterward before they could get back to their cars.

Police later said about six or seven of them were taken to hospitals from the airport grounds. A Trump campaign spokeswoman says 40 shuttle buses were deployed but “local road closures and resulting congestion caused delays” getting them back to lots.