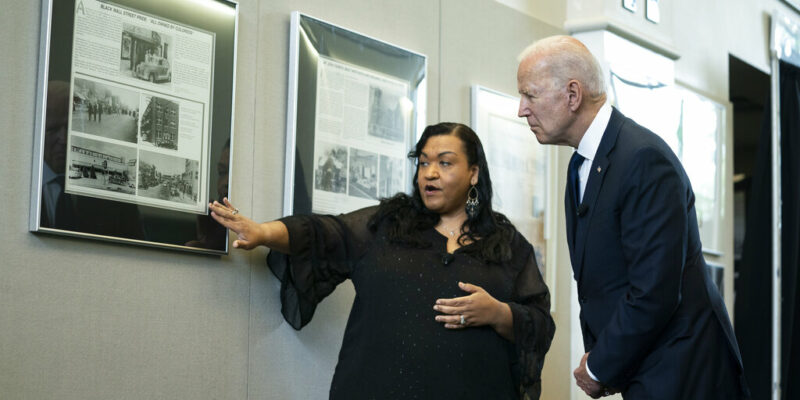 (AP) — President Joe Biden is marking the 100th anniversary of the massacre that wiped out a thriving Black community in Tulsa, Oklahoma.

Biden is speaking Tuesday of the hundreds of Black people killed by a white mob a century ago and will meet with survivors amid an ongoing national reckoning on racial justice. Biden will also announce measures to help narrow the wealth gap between Blacks and whites.

The Democrat will be the first president to participate in remembrances of the destruction of what was known as “Black Wall Street.” On May 31 and June 1 in 1921, white Tulsans burned the city’s Greenwood district.