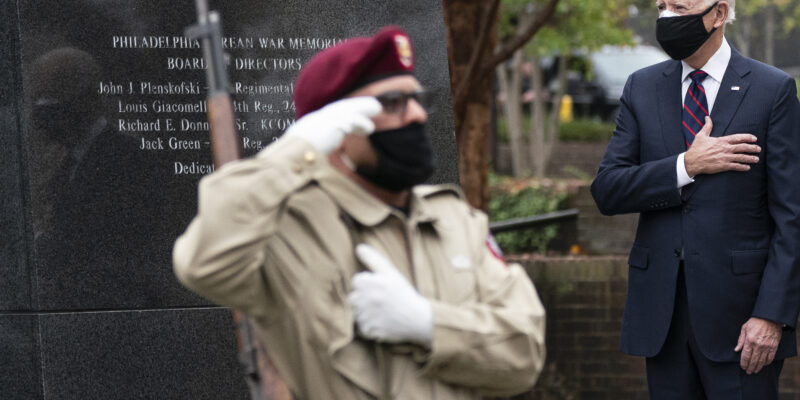 President-elect Joe Biden stands with his hand over his heart, after placing a wreath at the Philadelphia Korean War Memorial at Penn's Landing, on Veterans Day, Wednesday, Nov. 11, 2020, in Philadelphia. (AP Photo/Alex Brandon)

(AP) – President-elect Joe Biden is quietly pushing forward with the business of preparing to become America’s next commander in chief. He’s ignoring President Donald Trump’s efforts to block him.

Biden says he’s getting “right to work” and downplaying concerns about Trump’s efforts. Biden stepped away from his closed-door planning on Wednesday to honor the nation’s fallen soldiers at a Veterans Day tribute in Philadelphia. Then he returned to private transition planning.

Biden was asked Tuesday about the Republican resistance and said it “does not change the dynamic at all in what we’re able to do.” He says additional intelligence briefings “would be useful” but “we don’t see anything slowing us down.”

Money To Support Trump Court Fight Could Flow To President