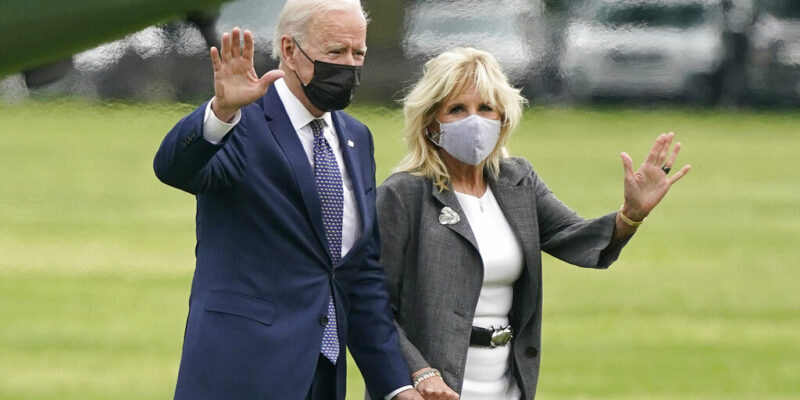 President Joe Biden and first lady Jill Biden wave after stepping off Marine One on the Ellipse near the White House, Monday, May 3, 2021, in Washington. The Biden's traveled Monday to coastal Virginia to promote his plans to increase spending on education and children, part of his $1.8 trillion families proposal announced last week. (AP Photo/Patrick Semansky)

(AP) — President Joe Biden has formally raised the nation’s cap on refugee admissions to 62,500 this year. The move Monday came weeks after Biden faced bipartisan blowback for his delay in replacing the record-low ceiling of 15,000 set by President Donald Trump. Refugee resettlement agencies have waited for Biden to quadruple the number of refugees allowed into the United States since Feb. 12, when a presidential proposal was submitted to Congress saying he planned to do so. But the presidential determination went unsigned until Monday. Biden says it was important to raise the number to show “America’s commitment to protect the most vulnerable.”

Cruise Ship Crews In Galveston Are Being Vaccinated