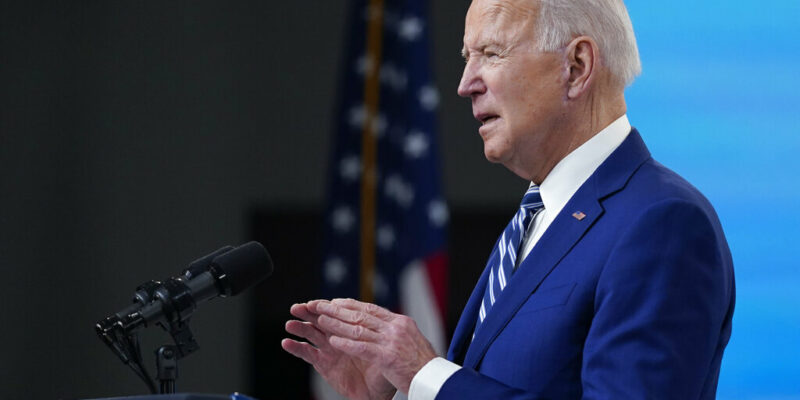 President Joe Biden speaks during an event on COVID-19 vaccinations and the response to the pandemic, in the South Court Auditorium on the White House campus, Monday, March 29, 2021, in Washington. (AP Photo/Evan Vucci)

(AP) — President Joe Biden has named a racially diverse and overwhelmingly female group to federal and other judgeships. His first list of judicial nominees includes three Black women for U.S. courts of appeals. Those courts are considered a pathway to the U.S. Supreme Court. Biden promised as a candidate that he would nominate an African American woman to the nation’s highest court if there’s a vacancy.

Hundreds Of Migrants Set Out From Honduras, Dreaming Of US

Supreme Court Case Could Change The Nature Of College Ssports