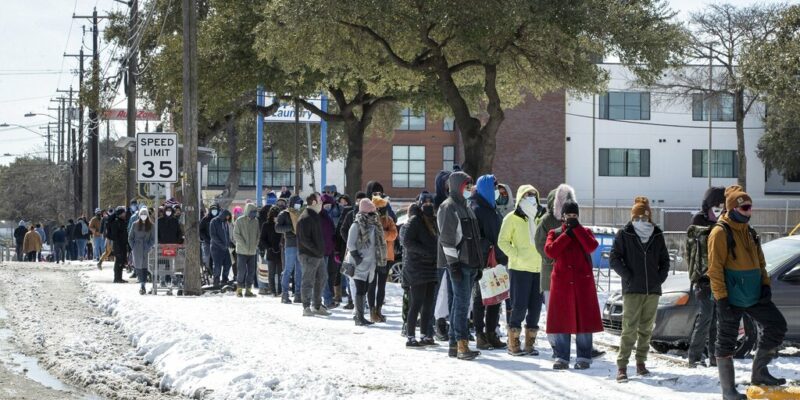 People wait in a long line to buy groceries at H-E-B on South Congress Avenue during an extreme cold snap and widespread power outage on Tuesday, Feb. 16, 2021, in Austin, Texas. (Jay Janner/Austin American-Statesman via AP)

President Biden may go to Texas next week, but says he doesn’t want to be a burden as the state tries to recover from a week of extreme cold.

Biden said he’s spoken to the FEMA administrator and asked him to speed up the request for declaring a major disaster. Most of the power is back online in the state, but now water is scarce.

Frozen and burst pipes are overtaxing water treatment plants leaving millions under boil water orders. Residents of the Lone Star state are finding long lines and empty shelves at grocery stores. The state isn’t alone in its misery, as at least 43 people from ten different states have died because of weather-related fatalities in the central and southern parts of the U.S.

Biden: America Is Back