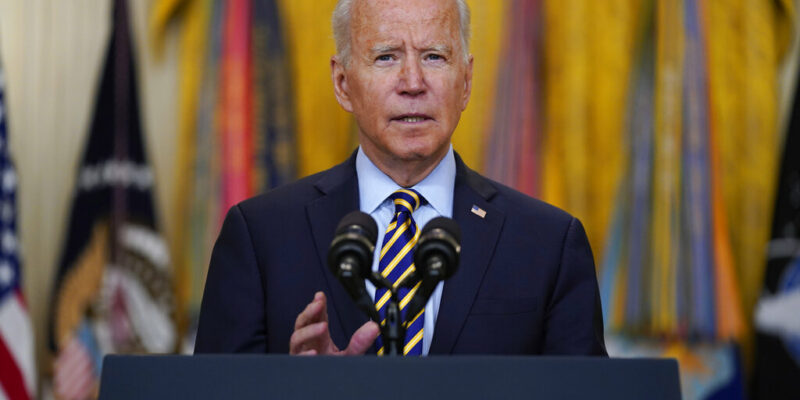 President Joe Biden speaks about the American troop withdrawal from Afghanistan, in the East Room of the White House, Thursday, July 8, 2021, in Washington. (AP Photo/Evan Vucci)

(AP) — President Joe Biden says the U.S. military mission in Afghanistan will conclude on Aug. 31. He says “speed is safety” as the United States seeks to end the nearly 20-year war.

Biden spoke Thursday to update his administration’s ongoing efforts to wind down the U.S. war in Afghanistan. He said: “We did not go to Afghanistan to nation build” and “Afghan leaders have to come together and drive toward a future.”

Biden also amplified the justification of his decision to end U.S. military operations even as the Taliban make rapid advances in significant swaths of the country.

HHS Secretary: ‘It Is Absolutely The Government’s Business’ To Know Americans’ Vax Status