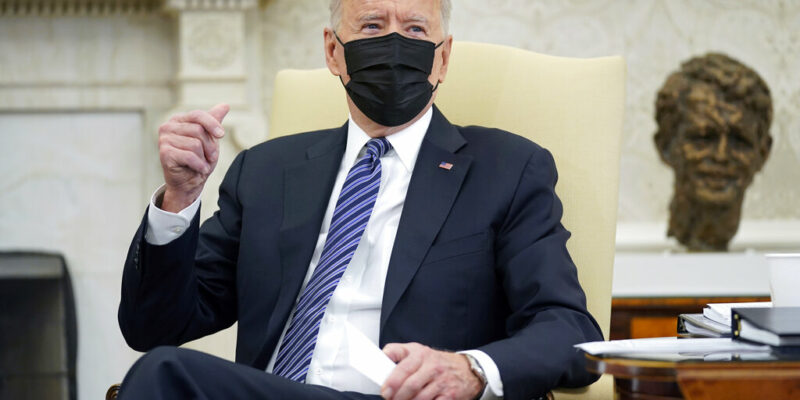 President Joe Biden snaps his fingers as he responds to a reporters question during a meeting with congressional leaders in the Oval Office of the White House, Wednesday, May 12, 2021, in Washington. (AP Photo/Evan Vucci)

(AP) — President Joe Biden met with the four congressional leaders at the White House for the first time and says wants to reach a compromise on an infrastructure plan. But expectations for a quick deal remain slim despite his history of working with Republicans. At the meeting are Senate Majority Leader Chuck Schumer, Senate Republican leader Mitch McConnell, House Speaker Nancy Pelosi and House Republican leader Kevin McCarthy.

Biden is pushing his $4 trillion jobs and families proposals. At the start of the meeting, Biden said, “We are going to see if we can reach some consensus on a compromise” on his public works proposal.