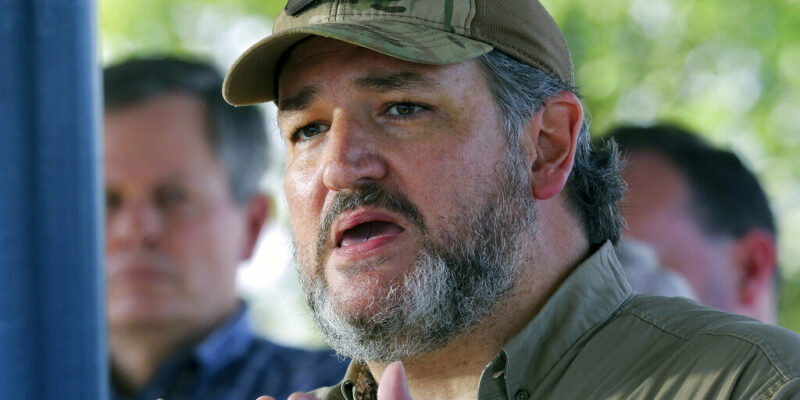 Sen. Ted Cruz is showing video of conditions at the border, including footage of a Biden staffer blocking him from recording at a migrant facility.

The Texas Republican showed the video on the Fox Network’s “Sunday Morning Futures.” Cruz and Sen. John Cornyn led a group of senators to Donna, Texas, where illegal immigrants have been herded into overcrowded facilities.

Cruz and other Republicans posted images on Friday of migrants packed into pens. Large numbers of migrants have crossed the border since Biden took office.