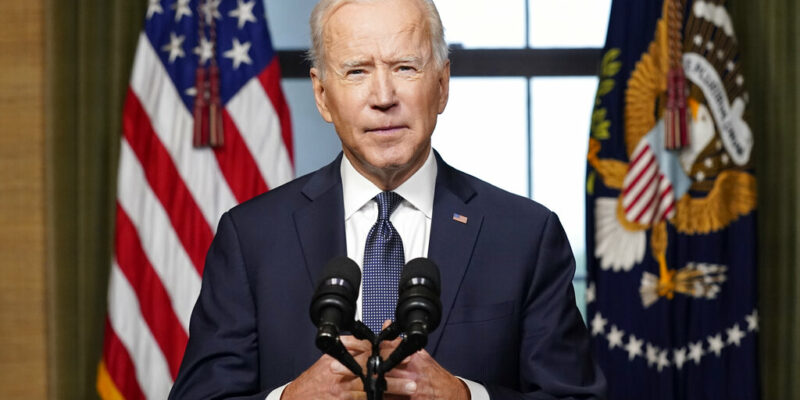 President Joe Biden speaks from the Treaty Room in the White House on Wednesday, April 14, 2021, about the withdrawal of the remainder of U.S. troops from Afghanistan. (AP Photo/Andrew Harnik, Pool)

The U.S. will end its long military involvement in Afghanistan. President Biden spoke at the White House and noted that the U.S. entered Afghanistan nearly 20 years ago. That was shortly after the 9-11 terrorist attacks. Biden said it’s been roughly ten years since the U.S. killed al-Qaeda leader Osama bin Laden. He argued it’s time to end America’s longest war and bring U.S. troops home. There are roughly three-thousand U.S. troops in Afghanistan. The President said a gradual, final withdrawal will start on May 1st. He added, “It’s time to end this forever war.”

The withdrawal will end shortly before the 20th anniversary of the 9-11 attacks in September. Biden warned the Afghan Taliban not to interfere. He said the U.S. “cannot continue the cycle of extending or expanding our military presence in Afghanistan, hoping to create ideal conditions” for a withdrawal.

The President said he advised former President George W. Bush about his decision. Bush authorized attacks on Afghanistan in October of 2001. The attacks were aimed at al-Qaeda and Taliban supporters.

Prosecutors: No Charges For Officer In Capitol Riot Shooting