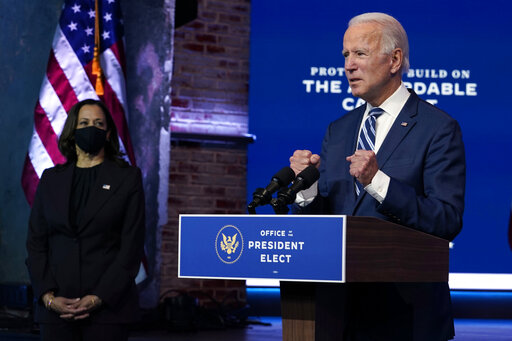 (AP) – President-elect Joe Biden is promising that “we’re going to get right to work” and is downplaying concerns that President Donald Trump’s refusal to acknowledge his victory could undermine national security.

Trump has blocked his Democratic rival from receiving the intelligence briefings traditionally shared with incoming presidents, according to someone with knowledge of the situation but not authorized to disclose private conversations.

Asked Tuesday about the Republican resistance, Biden says it “does not change the dynamic at all in what we’re able to do.” He says additional intelligence briefings “would be useful,” but “we don’t see anything slowing us down.”

Doctors May Be Better Equipped To Handle Latest Virus Surge