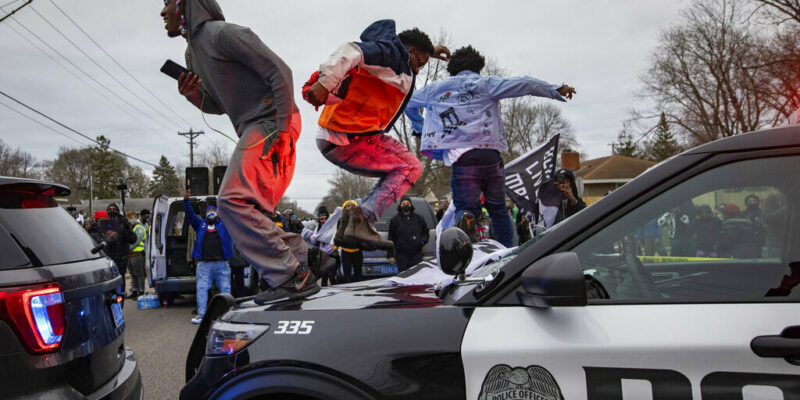 Men jump on the hood of a police car after a family said a man was shot and killed by law enforcement on Sunday, April 11, 2021, in Brooklyn Center, Minn. (AP Photo/Christian Monterrosa)

(AP) — A Black man died after being shot by police in a Minneapolis suburb during a traffic stop, sparking violent protests. Officers in riot gear clashed with demonstrators Sunday night and into Monday morning. Relatives identified the man as 20-year-old Daunte Wright. He died in Brooklyn Center, a city of about 30,000 people on the northwest border of Minneapolis.

The Minneapolis area was already on edge because of the trial of the first of four police officers charged in George Floyd’s death. Daunte’s mother urged protesters to stay peaceful and focused on the loss of her son.

Tweaked COVID Vaccines In Testing Aim To Fend Off Variants

Ex-Youth Worker Charged With Rape Was Known For ‘wrestling’