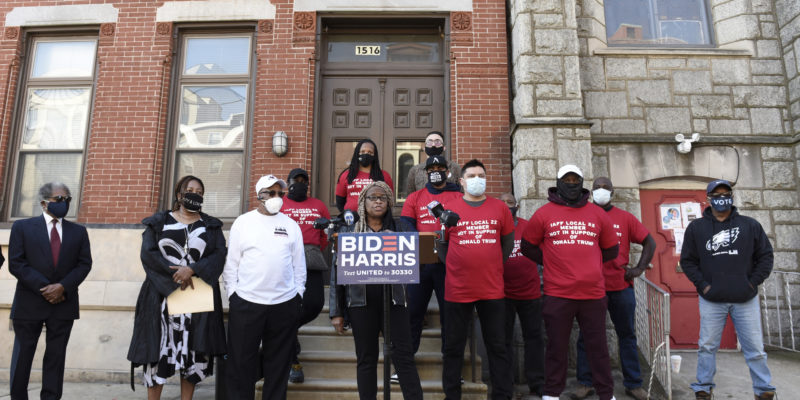 Crystal Williams-Coleman, president of the Guardian Civic League, talks to reporters during a press conference, Friday, Oct. 9, 2020, in Philadelphia. Public servants, firefighters, paramedics, emergency responders and a diverse group of law enforcement professionals denounced the Fraternal Order of Police and Local 22 for not listening to the concerns of the dues paying union members when endorsing President Donald J. Trump for re-election. (AP Photo/Michael Perez)

(AP) — Police unions nationwide have largely supported President Donald Trump’s reelection, amid mass demonstrations over police brutality and accusations of systemic racism. But a number of Black law enforcement officers are speaking out against those endorsements, saying their concerns over entering the 2020 political fray were ignored. Trump has touted his support from the law enforcement community, tapping into a strain of anger and frustration by law enforcement who believe they are being unfairly accused of racial discrimination. He’s received endorsements from national, city and state officers’ unions, but minority officers say those don’t reflect their voices.