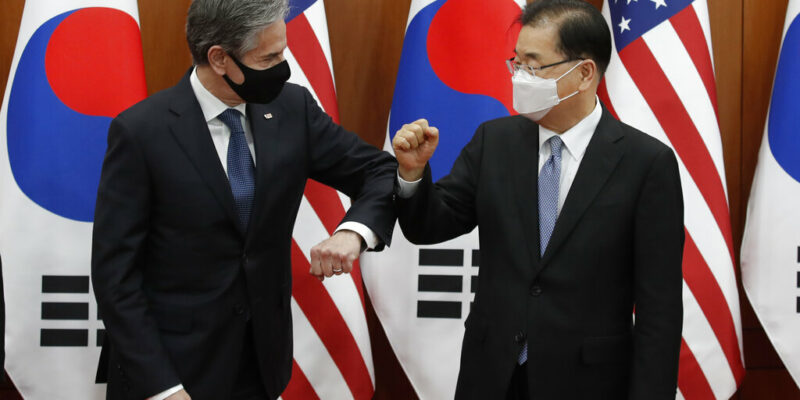 (AP) — America’s top diplomat has pressed China to use its tremendous influence to convince North Korea to abandon its nuclear program, calling it a source of instability and danger. Secretary of State Antony Blinken spoke at the end of security talks in Seoul, hours after North Korea said it will ignore a U.S. offer to resume negotiations because of its hostile policy. The talks, which also involved Defense Secretary Lloyd Austin and South Korean officials, came as President Joe Biden is pushing to restore America’s alliances in Asia in the face of growing challenges from China and North Korea. Blinken says Beijing has a critical role to play to persuade North Korea to denuclearize because most of the North’s external trade goes through China.

Russia Warns It May Scale Up Response To Biden’s Statement