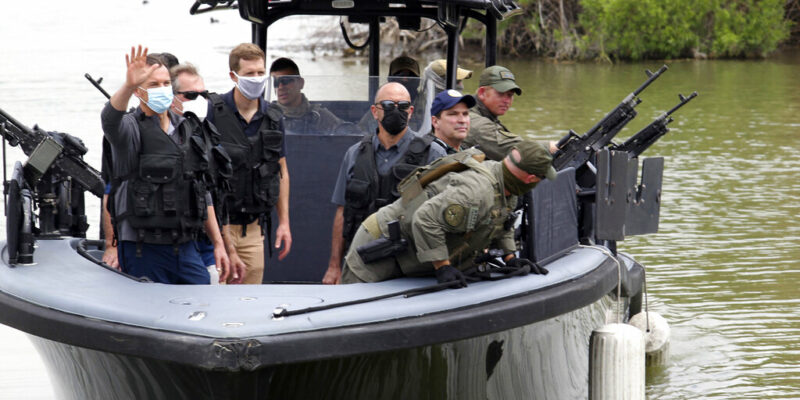 Congressman Vicente Gonzalez, D-Texas, is seen with members of a bipartisan delegation on a Texas Department Public Safety boat while visiting the border at Anzaldua's Park on Monday, April 12, 2021, in Mission, Texas. (Delcia Lopez/The Monitor via AP)

Judd says in March alone, over 170-thousand asylum-seeking immigrants crossed the southern border illegally after which they were apprehended by Border Patrol agents. Eighteen-thousand or so of that number were unaccompanied immigrant minors.