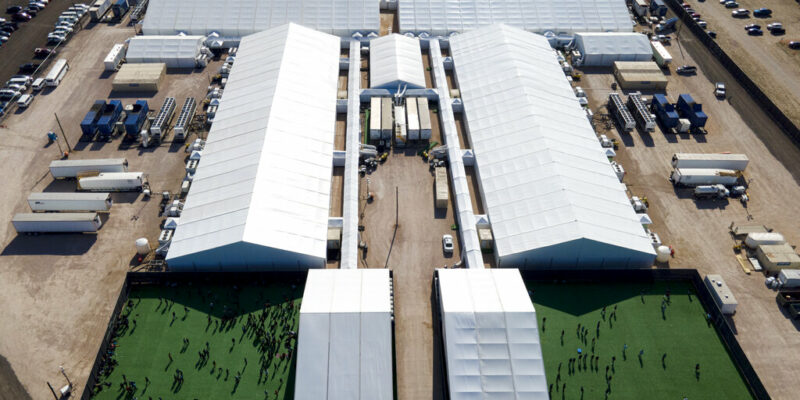 FILE - In this Friday, March 19, 2021, photo migrants are seen in a green area outside of a soft-sided detention center after they were taken into custody while trying to sneak into the U.S., in Donna, Texas. A surge of migrants on the Southwest border has the Biden administration on the defensive. (AP Photo/Julio Cortez, File)

Operations resumed Wednesday morning, with new arrivals being admitted. The storm developed late Tuesday and brought overnight wind gusts over 70 mph. The U.S. Health and Human Services Department says about 150 out of 1,325 unaccompanied migrant children held in an adjoining facility were evacuated.

Witness: Man Angered By Texas Deputies In Yard Killed Them