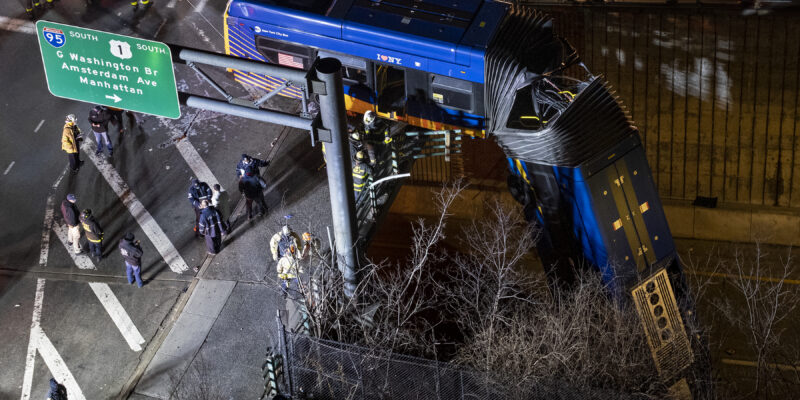 A bus in New York City which careened off a road in the Bronx neighborhood of New York is left dangling from an overpass Friday, Jan. 15, 2021, after a crash late Thursday that left the driver in serious condition, police said. (AP Photo/Craig Ruttle)

(AP) — The driver of a New York City bus that plunged off a bridge has been suspended after refusing a drug and alcohol test. The Metropolitan Transportation Authority said Saturday the 55-year-old driver had been “withheld from service without pay” following the dramatic crash. His name has not been made public. Seven passengers were injured after part of the articulated bus fell 50 feet onto a highway ramp. The other half remained on the bridge. No other vehicles were involved. The MTA said the driver has more than 11 years of service and a good safety record.