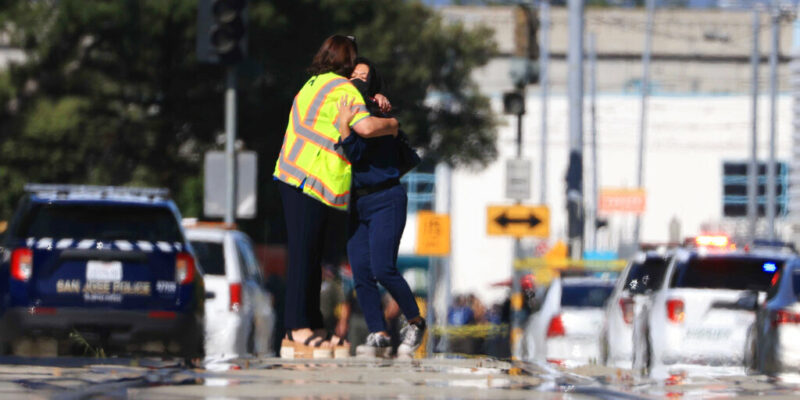 Two people hug on Younger Avenue outside the scene of a shooting in San Jose, Calif., on Wednesday, May, 26. 2021. An employee opened fire Wednesday at a California railyard serving Silicon Valley, killing multiple people before ending his own life, authorities said. The suspect was an employee of the Valley Transportation Authority, which provides bus, light rail and other transit services throughout Santa Clara County, the most populated county in the Bay Area, authorities said. (Randy Vazquez/Bay Area News Group via AP)

California Congresswoman Barbara Lee tweeted, “We must put an end to this senseless violence.” Fellow California Representative Eric Swalwell issued a challenge to Senate Republicans, saying they need to “find the courage to act” when it comes to gun violence.