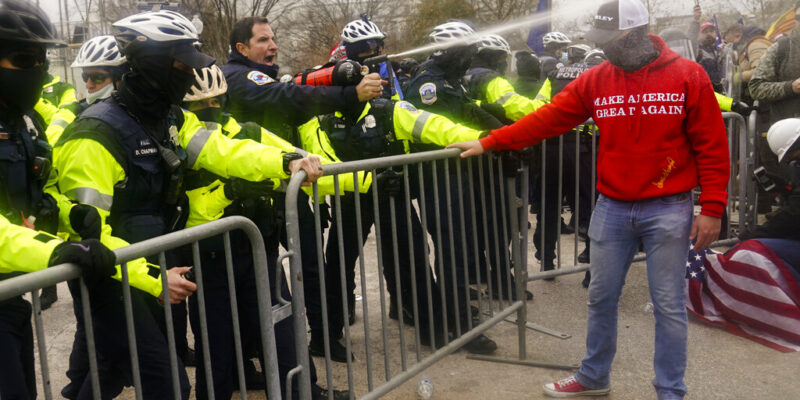 Demonstators loyal to President Donald Trump, are sprayed by police, Wednesday, Jan. 6, 2021, during a day of rioting at the Capitol. It's been a stunning day as a number of lawmakers and then the mob of protesters tried to overturn America's presidential election, undercut the nation's democracy and keep Democrat Joe Biden from replacing Trump in the White House. (AP Photo/John Minchillo)

(AP) — Three days before the pro-President Donald Trump riot at the Capitol, the Pentagon asked the U.S Capitol Police if it needed National Guard manpower. And as the mob descended on the building Wednesday, Justice Department leaders reached out to offer up FBI agents.

The police turned them down both times, according to a defense official and two people familiar with the matter. They told The Associated Press that the Capitol Police had planned for a free speech demonstration and didn’t need more help. But the Capitol ended up being overrun.

The failure also raised questions about the treatment of mainly white Trump supporters, compared with the Black and brown protesters across the country who demonstrated last year over police brutality.