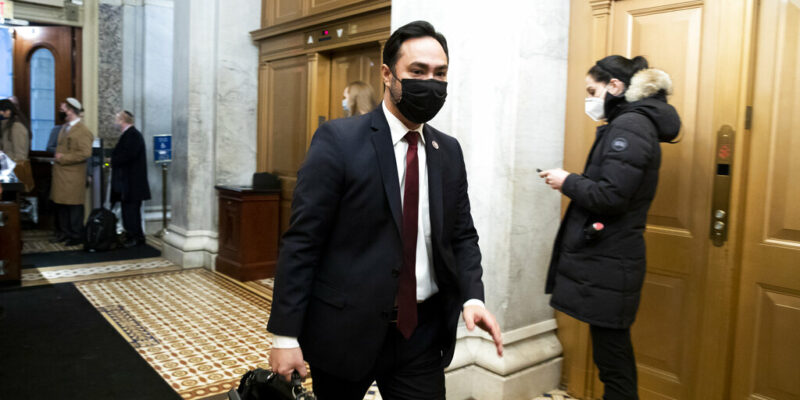 Rep. Joaquin Castro, D-Texas, arrives on the third day of the second impeachment trial of Trump in the Senate, at the Capitol, Thursday, Feb. 11, 2021, in Washington. (Michael Reynolds/Pool via AP)

Castro says Trump gave the Chinese government an opening to create a “false equivalency” between Hong Kong protesters and what Castro calls violent insurrectionists. He added that the world is watching to see if the rule of law will prevail over mob rule.