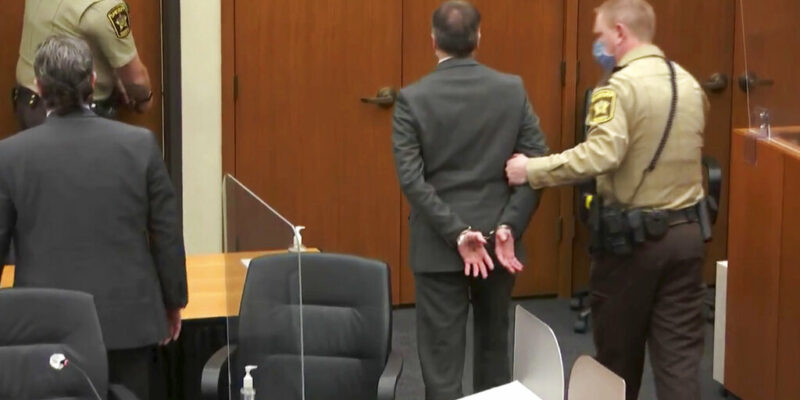 In this image from video, former Minneapolis police Officer Derek Chauvin, center, is taken into custody as his attorney, Eric Nelson, left, looks on, after the verdicts were read at Chauvin's trial for the 2020 death of George Floyd, Tuesday, April 20, 2021, at the Hennepin County Courthouse in Minneapolis, Minn. (Court TV via AP, Pool)

(AP) — Sentencing for former Minneapolis police Officer Derek Chauvin in George Floyd’s death has been pushed back to June 25, according to online court records.

Chauvin’s June 16 hearing was reset by Hennepin County Judge Peter Cahill due to a scheduling conflict. Chauvin was convicted April 20 of all three counts against him: second-degree unintentional murder, third-degree murder and second-degree manslaughter.

Under Minnesota statutes he’ll only be sentenced on the most serious one — second-degree murder. While that count carries a maximum sentence of 40 years, experts say he won’t get that much.