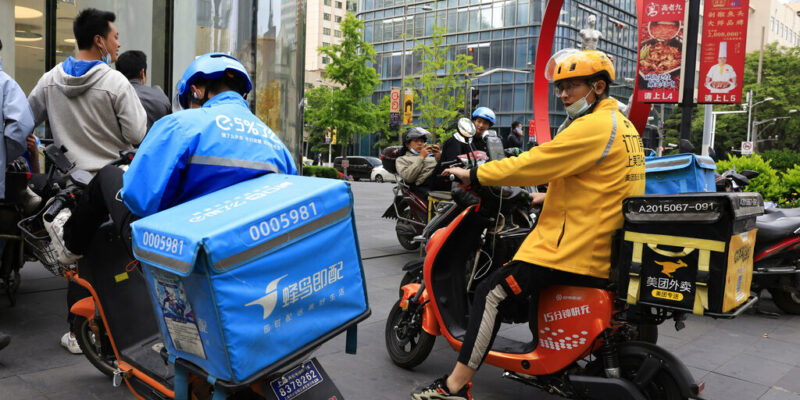 A Meituan delivery man in yellow goes on his rounds in Shanghai on Wednesday, April 21, 2021. China's market regulator on Monday, April 26, 2021 said it launched an investigation into suspected monopolistic behavior by food delivery firm Meituan, months after it investigated e-commerce company Alibaba as Beijing steps up scrutiny of anti-competitive behavior in the internet sector. (AP Photo/Ng Han Guan)

(AP) — China’s market regulator says it has launched a probe into suspected monopolistic behavior by food delivery firm Meituan. The investigation comes amid increased scrutiny of internet companies suspected of anti-competitive practices. The State Administration for Market Regulation said in a statement Monday that it was looking into Meituan’s policies including exclusivity arrangements known as “pick one of two.” Such practices are common in China, where e-commerce providers sometimes force merchants to exclusively sell their goods and services on just their internet platform. Meituan said it will actively cooperate with authorities to improve compliance and protect consumers’ rights.

Germany Debates Privileges For Those Who’ve Been Vaccinated