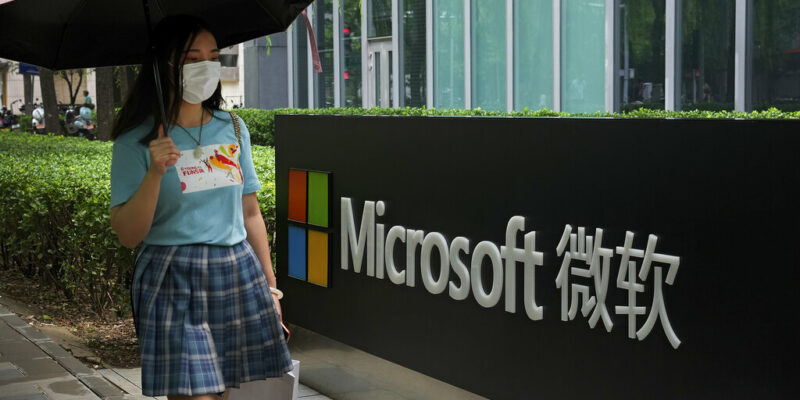 A woman wearing a face mask to help curb the spread of the coronavirus walks by the Microsoft office building in Beijing, Tuesday, July 20, 2021. The Biden administration and Western allies formally blamed China on Monday for a massive hack of Microsoft Exchange email server software and asserted that criminal hackers associated with the Chinese government have carried out ransomware and other illicit cyber operations. (AP Photo/Andy Wong)

(AP) — China has rejected an accusation by Washington and its Western allies that Beijing is to blame for a hack of the Microsoft Exchange email system. A Foreign Ministry spokesperson complained Tuesday that Chinese entities have been hurt by U.S. government cyberattacks.

The announcement that the Biden administration and European allies formally blame Chinese government-linked hackers for ransomware attacks increased political pressure over long-running complaints against Beijing but included no sanctions.