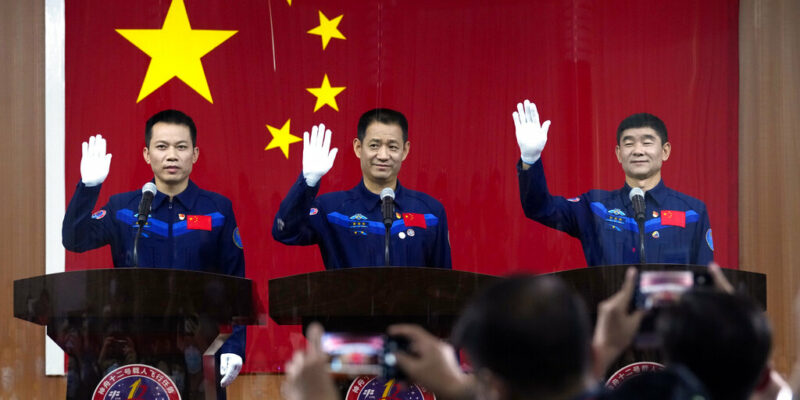 Chinese astronauts, from left, Tang Hongbo, Nie Haisheng, and Liu Boming wave at a press conference at the Jiuquan Satellite Launch Center ahead of the Shenzhou-12 launch from Jiuquan in northwestern China, Wednesday, June 16, 2021. China plans on Thursday to launch three astronauts onboard the Shenzhou-12 spaceship, who will be the first crew members to live on China's new orbiting space station Tianhe, or Heavenly Harmony from the Jiuquan Satellite Launch Center in northwest China. (AP Photo/Ng Han Guan)

(AP) — The three members of the first crew to be sent to China’s new space station say they’re eager to get to work. They spoke to reporters a day before their scheduled launch to the station on Thursday morning.

Once they get there, they’ll start making their home for the next three months habitable, setting up testing and experiments and preparing for a series of spacewalks. The Tianhe station was launched in April and this mission is one of several to expand and supply the station and send up crew.